Yeee! I've been wanting mouse flats forever until one weekend at Holt Renfrew I saw an even better version. Mouse flats with STUDS AND SPIKES. *girly squeal* Everything is better with studs :) Since then I was on the hunt! You know me... I'm wasn't about to pay $250 USD retail for these shoes, so I searched the web hoping to score a deal.

After tax and such, my flats turned out to be around $150 (it would be even cheaper, if it wasn't for the meddling tax). Still.... Good deal? Good Deal. Now I can't wait to get them :) 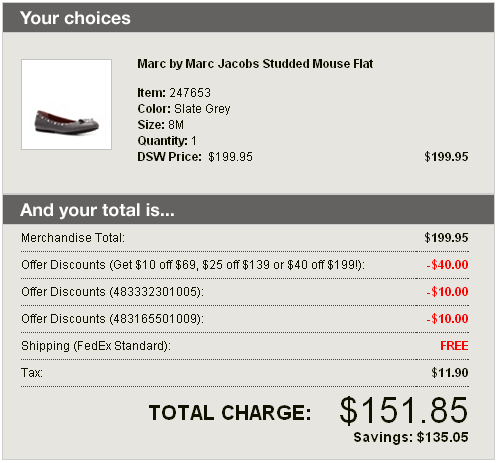 However~ This coupon expires midnight tonight so act fast!

There are only a couple sizes left for these flats on DSW, so if you don't find your size, don't fret. Try price matching them with CUSP, which are fully in stock. They should be able to honour the tiered discount as well if you speak to their CS:)
Posted by vonnie at 6:33 PM 4 comments:

I usually build my outfits to fit one main piece of clothing. This time it was my MINKPINK double-breasted cropped vest that I got in Montreal 2 years ago. I wanted a military theme too, so I chose my colours according using army camo as a reference: Grey, Green, Black. I think the end result looks pretty good! Casual, not too army, and still girly. I think the boots add a nice touch.


More photos after the jump~

Remember how Bluefly had a huge sale where everything was marked down to $30? Well, thanks to that haul I have a new favourite cardigan sweater. I'm currently loving this light oatmeal colour- I think it's just perfect for the upcoming Spring. Did I mention this sweater is 100% cashmere? It's THE softest thing ever. Every time I wear it I feel like Linus hugging a blankie around because it's just that comfortable.

The original price of this blankie isn't cheap. It retails $350, and after looking into this brand Hayden, it seems like most if its pieces are around this price range. Similar to Vince, they sell mostly high-quality sweaters and other cover-ups. It also seems like they are exclusive to Bluefly (and Belle and Clive, their daily deals site) because I can't find them anywhere else. Nonetheless, I'm very glad I decided to add this piece to my cart at the last minute!

Plen+y Haul and a Surprise Model

If you follow me on twitter or instagram, you'd know that I picked up some great pieces from the Plen+y warehouse sale I posted about on Thursday. I thought we'd take these new additions out for a spin today since it was such a bright sunny day! Only a couple shots of me today, but the real model today is Ricky.

I've accumulated an outfit for him throughout the past couple months so I got him to model for me. He's wearing the Standard Issue jacket and Scotch&Soda shirt I got for him at the Plen+y sale, J Brands from a J Brand sample sale from bigtime clothing, and DC Life shoes from my last DJ Premium haul. I know he secretly enjoyed modelling despite his reluctance, hah!

Whose going to the Plen+y warehouse sale? I am!!
I've been waiting for this all week, and finally just one more sleep until the sale!

On Plen+y's blog & instagram, they featured some sneak previews of what's going to be at sale, and man are they good! Here are some of the previews from their instagram feed.

Got some new goods! Another blouse from my last DJ Premium haul, as well as new boots from my latest Bluefly haul.

This outfit I wore last week to work, and it was the BB Dakota Damia blouse is the comfiest thing ever! It has Dolman sleeves, which I find keeps me much warmer than regular sleeves for some reason. The blouse also made out of the softest cotton and flows off my shoulders quite well. I especially like that the sleeves are full length; a lot of dolman sleeve clothes have 3/4 or 1/2 length sleeves but full length is much preferred. There's also big pockets on the front that are more for form than function, lol. Ricky thinks the top makes me look boxy, but I think it looks just right :)

Grass Is Getting Greener!

It's finally becoming a bit more like Spring! It was a beautiful sun shiny day today, and I had a wonderful brunch with some other blogger ladies, and then did some shopping. I wore this outfit last week, but I think it suits the nice weather we had today!

The main feature of this post are my new green pants. They're actually a cheapo brand from The Bay called Material Girl, which is apparently made by Madonna. Pretty neat. Some of her things are actually quite wearable, like these pants, and the prices are very reasonable as well, ranging $15-$40. These pants, which come in a myriad of colours, were only $29.99, and I had a $15 coupon, making them only $15. 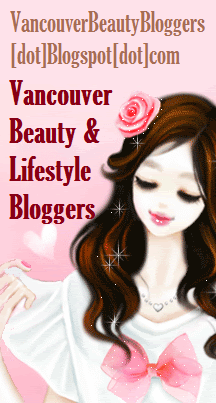